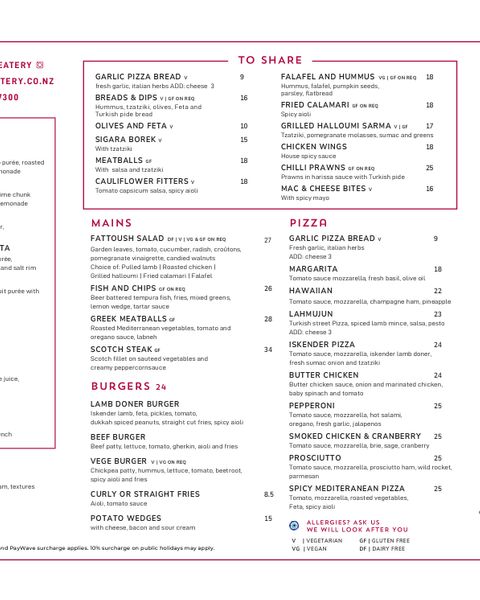 A gem in every sense of the word, Ruby Eatery has been delighting diners with its fusion of Kiwi classics, Mediterranean eats and Turkish flavours. A triple threat if we ever saw one!

Are we in Japan or Auckland? You can be forgiven for mixing up the two – it's bountiful bowers of pink blossom could be taken straight out of a scene of Sakura season. Pair that with plush magenta armchairs, powder pink utensils and an eternally sunny conservatory and you have the warmest, cheeriest and friendliest spot in New Lynn.

The food doesn't strictly follow the pink theme – you'll be glad to hear that not everything is made from beetroot. However, the food is just as mesmerising as the eatery itself. The mains transport you straight to the Med with the likes of Greek meatballs, fattoush salad and a wide range of pizzas (think butter chicken, spicy pepperoni and roasted veggies). And if you're a pizza lover, check out the Turkish street pizzas – a little hint for all the lamb lovers out there.

As well as the above jems, you have burgers, moreish sharing plates and opulent platters that are fit for any royal banquet. Then, fix yourself a drink that adheres to the colour scheme. Pomegranate cider, anyone?